HWPS has won numerous awards for its work to restore and preserve Holgate Windmill. These range from local awards for community involvement to national awards for the preservation of an important heritage building. The full list of awards is listed below:

2020: Runner up in the Tiptree World Bread Awards, Yorkshire and Humber category 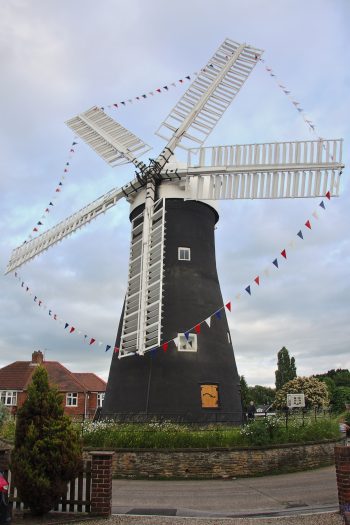 2017: The Queen’s Award for Voluntary Service

2015: Winner of the Trip Advisor Certificate of Excellence

2014: Society for the Preservation of Ancient Buildings (SPAB) Conservation Award

2013: Awarded Engineering Heritage Listed Status by the Institute of Mechanical Engineers “in recognition of the contribution and promotion of our nation’s engineering heritage”

2012: Winner of the BiffaAward “Building Communities” Award for “Cultural Facilities”

2010: York Guild of Building Craftmanship Awards. Master’s Award given to the professional millwrights for the handmade cap and shear frame

and, of course, not forgetting the 2013 award “Best of British Roundabouts” by the Roundabout Appreciation Society!